Marvel Cinematic Universe have had huge success with their movies for the past decades. The character development is each of these movies have been phenomenal. Avengers EndGame will be the 22nd movie in the cinematic universe. The story that started with Iron Man in 2008 is expected to conclude in Avengers EndGame. We might be heading into tearful and emotional conclusion.

The three core characters in the MCU has been Iron Man, Captain America and Thor. These three characters have not only been fan favorites but also a huge box office guarantee for Marvel. Marvel is still afraid to kill these big characters. The audience are not complaining about it either. They still have huge love for these characters. The gasp in the theater when Thanos Stabbed Tony shows the love for their favorite character. But these character have been in the MCU for a long period of time. The actors contracts are expiring and the introduction of new characters have been productive for Marvel. 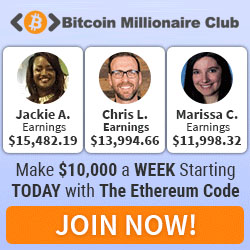 Apart from these three core group, Spider Man, Black Panther and Doctor Strange popularity are growing exponentially. The solo movies of these characters have been well received by the marvel fandom and regular movie goers. The humongous success of Black Panther was a huge win for Marvel. The success of Doctor Strange proved that audience have faith in Marvel brand. The studio is willing to invest huge money on B list characters because of the output they get. The response that Doctor Strange received from Audience in Avengers infinity war is bringing huge smile to people at Marvel and Disney.

According to Kevin Feige, Captain Marvel will be the new leader moving forward in phase 4. The response for Captain Marvel trailer have been fantastic. The audience are ready to see the first female led marvel superhero movie along with the quality of her leadership. The advance ticket sale for this movie has been phenomenal. Some analyst predicted that the movie is heading for a huge 140 to 180 million dollar opening weekend. Will captain Marvel be able to carry the same burden that Tony or Cap carried through out the cinematic universe? Do you think it’s the end of the line for Cap or Tony? Share your thought in comment section.

Captain Marvel is schedule to release on March 8 2019 followed by Avengers EndGame on April 26 2019.