We won’t have to wait long to get second trailer

It has not been a long time since Avengers EndGame first trailer was dropped. The trailer was phenomenal and gathered huge buzz at social media. The most anticipated movie is expected to get a new trailer very soon. The second trailer might give us glimpse of what to expect for Marvel Blockbuster.

Marvel has been excellent in keeping secrets. Kevin Feige has reported that Marvel will use only first 15-20 minutes of the movie for promotion. “Thanos demands your silent” was a great campaign run by Marvel, Disney and Russo brothers. We expect Marvel to continue the campaign for Avengers EndGame as well.

The first trailer for the movie gave us the glimpse of Avenger’s position after catastrophic ending of Avengers Infinity War. We saw depressed Steve Rogers, dying Tony Stark, angry Thor and lost Hawkeye. The only glimpse of fun we saw in the trailer was from Scott Lang.

We might get the same tone for second trailer for Avengers EndGame. The trailer will include a lot of new footage but will not give any plot away. Lets break down the position of Avengers in first trailer and predicting their faith in second trailer.

We saw a helpless and dying Tony Stark in the first trailer. We saw him trying to send en emotional message to his loved ones. Movie fans are concerned about their favorite characters. We know that Tony will make it back to earth. But the question remains How?

Steve Rogers is another prominent character in EndGame who looked depressed in the first trailer. The tears in Steve face was good enough to describe his pain. We saw an interesting interaction of Steve and Black Widow. The second trailer might give us further establishment of relationship between Steve and Natasha.

Hawkeye was another prominent MCU character who was absent in Avengers Infinity War. According to Russo Brothers, he will play a key role in Avengers EndGame. Marvel fans are speculating that his family turned to dust. He has given up his bow and arrow, and adapted Ronin persona. In the second trailer we might see him meeting the remaining Avengers.

Thor Odinson has lost everyone one in his life. He lost his friends, family and his people. He was so close to killing Thanos and saving the universe but he didn’t aim for head. He was seen angry and sad in the first trailer of EndGame. We might see him in action in second trailer of EndGame. 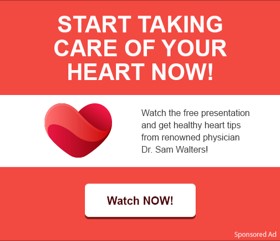 What do you want to see in the second trailer of Avengers EndGame ? Share your thought on comment section.

The second trailer is expected to drop on Super Bowl on February 3. Avengers EndGame is releasing on April 26 2019.