Avengers EndGame is the most anticipated movie of 2019 which is expected to roar at box office.

11 years ago a little movie was produced by Marvel Cinematic Universe called Iron Man. Since then its been a phenomenal journey for Marvel and comic book fans. Avengers EndGame is the conclusive ending of story line that began with Iron Man. The movie is expected to scatter some record at the box office and broke our heart. But there are some concern for the movie going forward. Lets break down some things that might hurt the box office of Avengers EndGame.

According to Kevin Feige, Captain Marvel will play a big role in defeating the mad titan. Carol Danvers will be introduced in her solo movie before Avengers EndGame on March. Feige further reported that Carol Danvers will be the most powerful character ever introduced in MCU. Fans are little worried about Carol Danvers being the one to stop Thanos. Fans are looking forward to see original Avengers teaming up and battling the mad titan. So if Captain Marvel saves the day, then many fans might be disappointed, which might effect the long run box office of EndGame. 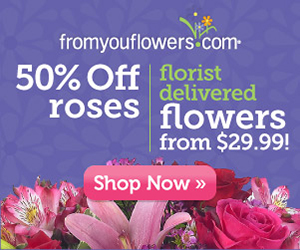 Thanos was the central character of Avengers Infinity War. He was the heart and soul of Infinity War. The Avengers with their full force could not stand against the mad titan. He was able to win the battle against the Avengers and fulfill his destiny. He snapped his finger and wiped out half of the population. We know that Avengers will try to reverse the snap in Avengers EndGame. Fans are hoping to see Thanos at same power level as he was in Infinity war. Fans are hoping to see Thanos back in battlefield when he finds out that Avengers are reversing the snap. Fans will be disappointed if he is sidelined.

Back from the Dead

Avengers Infinity War ended with half the people turning into dust. Before the dusting, few Avengers or characters were killed by the mad titan. Thanos was willing to trade his daughter life to fulfill his destiny. The scene was so emotional and heartbreaking for both Thanos and audience. If they bring back Gamora back from the death, fans might not be pretty satisfied. Same goes with Loki, Vision and Heimdall. Their send off was not only a proper send off to the characters but an emotional moment for the fans. Fans are hoping that Marvel does not pull the same fake killing for those characters.

A constant thing Marvel has been getting complain is no long lasting consequences. In Avengers Infinity War, Thanos wiped out half the population along with some Avengers. We all know that Black Panther, Spider Man, Doctor Strange, Guardians are coming back. The dusting in Infinity War emotional but fans knew that it was just temporary. As much as fans love Thor, Captain America and Iron Man, they are expecting to say goodbye to one of them or all. Its hard to say goodbye to heart and soul of MCU but the story arc of tony and Steve has come to end. Fans might be little disappointed.

According to Kevin Feige, the marketing campaign for EndGame will include footage from first 15 to 20 minutes. We can assume that the trailers will not show any action or story line. The main goal of every trailer is to excite people who are not on board with the movie. Fans who have watched infinity war are definitely going to watch EndGame. But what about other regular movie goers? They spend million of dollars on TV spot for super bowl. But was it worth spending millions to attract regular audience who are not on board with the movie?