Marvel Studio and Star Wars have become a cultural phenomena. People have lived their life watching those movies. The hype around Avengers EndGame is phenomenal. Industry analyst expect the movie to break several records at the box office. The recent trailer for Star Wars episode 9 got huge buzz in the social media and among star wars nerds. Despite both being Disney’s movie, both movies will battle against each other to become the number one movie of 2019.

The history of Star wars dates back to 1977. A new hope was the movie that build the cinematic glory. From that day, Star Wars have been a regular franchise which was beloved by audience and bought huge box office number. Empire Strike back which was released in 1980 was a huge deal breaker. The movie changed people’s life. Some people believe it is the greatest movie of all time. The movie will be stuck with the audience for a long period of time.

The Rise of Skywalker is the ninth installment of the franchise. The is so much riding on the shoulder on episode 9. The movie not only have to perform well at the box office but should regroup the fans and win their trust back. 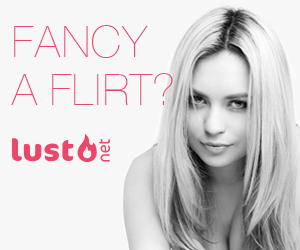 However, things have been different for Marvel Studio. The cinematic universe began with the release of Iron Man in 2008. The 11 years of journey for Kevin Feige and Marvel has been phenomenal. MCU have build a excellent story line within different movie and bringing the characters together. The MCU have put 21 movies and each of them has been commercially and critically successful.

Avengers Infinity war was the biggest movie for Marvel Cinematic Universe. The movie was the combination of entire marvel cinematic universe. The movie brought each and every characters from previous movies and combined them together to battle the mad titan. The cliffhanger of Avengers Infinity war not only heartbreaking but a strong statement from Marvel that there will be consequences in their movie as well. The movie is the empire strike back for current generation people.

Avengers EndGame is the conclusion of infinity saga that began with the release on Iron Man on 2008. The plot of the movie is kept very secretive. The movie is expected to break records and as well as our hearts. The contract of Marvel trinity is coming to an end. Captain America and Iron Man are the major contender to bite the dust in Avengers EndGame. The movie is 3 hours long which makes it the longest Marvel movie.

Star Wars have been in the movie industry for 40 years. The fans have increased rapidly and the interest for Star Wars kept going. However things are a little different for Marvel. It’s been 11 years for Marvel and Feige is hoping to continue the franchise for 10 more. Marvel is still far away from catching the Star wars legacy. We still have to wait for a couple of years or a decade to determine whether Marvel is better and bigger that Star Wars.