Spider Man Far From Home will be the second installment of Spider Man movie in MCU. The sequel to Homecoming sets up right after the event of Avengers EndGame. The marketing campaign for Far From Home have started rapidly. Sony has released two full length trailer for Spider Man Far From Home which has received positive review from the audience. The second trailer gave some interesting story arc. The trailer introduces a classic Spider Man villain Mysterio who is working with Nick Fury and Maria Hill. The trailer shows Mysterio as a hero but judging by his history in comic book we all know that he is feeding lies.

Spider Man Far From Home is expecting to give us a little taste of what lies beyond Avengers EndGame. The trailer gives us a hint at the multiverse. The multiverse stuff have never been done in the MCU and might open door for bigger picture. The introduction of Fantastic Four and X-Men in the near might be possible via multiverse. The multiverse could open the door for the return of Tony Stark and Steve Rogers. The chances of Tony and Steve returning is very low but if Marvel want their heart and soul to be back this might be the perfect way. However, Mysterio might be feeding lies about Multiverse in Spider Man Far From Home trailer.

Mysterio has always been the the expert of illusion. In the comics he is a expert in hand to hand combat and extremely intelligent. He wanted to prove himself as a hero by creating illusion and fighting them. The Far From Home trailer shows Mysterio fighting Elementals which might be a part of his famous illusion. So it’s very hard to believe that Mysterio might be from another universe. However the snap might have opened door for multiple universe and fans might be for a surprising ride. 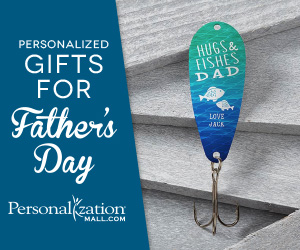 Fans have to wait a little more than one month to figure out whether Mysterio is feeding lies about multiverse in Far From Home trailer or not. Spider Man Far From Home stars Tom Holland, Jake Gyllenhaal, Zendaya, Marisa Tomei, Jacob Batalon, Samuel L. Jackson, Jon Favreau, Cobie Smulders and others.