Summer movie season kick started with Avengers EndGame. The sequel to Avengers Infinity war broke several records and is currently the second highest grossing movie of all time. There are some huge Disney movie coming this year including Lion King, Toy Story 4 and Frozen 2. Disney Live action remake Lion King will be gigantic at the box office. Can Lion King be the one to beat Avengers Infinity War opening weekend?

Lion King is probably the most popular modern live action movie. The original lion king received rave review and grossed over 950 million dollar at the box office. The gigantic box office of original Lion King is a good sign for its remake. Industry expert are tracking the movie to open between 180 to 220 million dollar on its opening weekend. However people at Disney are predicting the movie to open between 220 million to 265 million on its opening weekend. The movie has a legit chance of beating Avengers Infinity War opening weekend.

Avengers Infinity War was marketed as the combination of entire Marvel Cinematic Universe. Infinity War brought all the characters from previous marvel movie to battle mad titan. The movie grossed more than 2 billion dollar worldwide and is currently the fifth highest grossing movie of all time. The movie opened with gigantic 257 million dollar which was the highest opening weekend record before it was beaten by Avengers EndGame.

There is no denying that Lion King will be monster hit at the box office. The trailer for Lion King has been phenomenal and well received by the audience. The cinema con footage was just mind blowing. Lion King will surely join the billion dollar club but 2 billion is a tall order. Lion King might beat Avengers Infinity War opening weekend but might not catch worldwide. I am 100 percent confident that Lion King won’t catch Avengers EndGame. 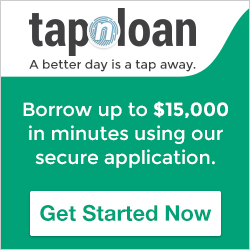 Lion king is directed by John Favreau. The movie opens in theater on July 19.